BRANDS ON THE VERGE

AMC Mad Men fans will recall last season’s episode where Don Draper, formerly of Sterling Cooper and now of Sterling, Cooper, Draper, Pryce, pitches a sexy ad to London Fog to sell their trench coats. The episode ends with London Fog not biting, but in real life the brand has taken a sexy turn with actress Christina Hendricks, 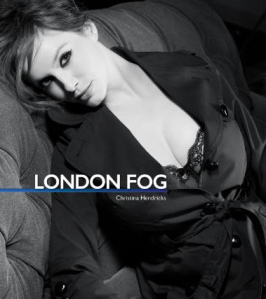 better known as Mad Men’s Joan Holloway Harris, as the spokesperson for their new multimedia campaign. Hendricks said about the brand, “London Fog is a classic brand, which I love.  It also ties in to Mad Men. We used London Fog in the show, and this was a nice way to tie everything together.  The trench is such an iconic shape for men and women.  It works for anyone – it worked in the 1960s, and it works now.”

02 Oct This entry was published on 10/02/2010 at 11:53 pm. It’s filed under All Posts, Fashion, Licensing, Retail, Television and tagged AMC, Christina Hendricks, Iconix Brand Group, London Fog, Mad Men. Bookmark the permalink. Follow any comments here with the RSS feed for this post.

2 thoughts on “London Fog Gets Sexier”